John Meyers and Scott "I am back" Quiring attended the 2nd stop of the westside Kiss Cross series in Freemont MI. Scott battled the Bissel teammates for 4th as John held on for a well earned 5th. 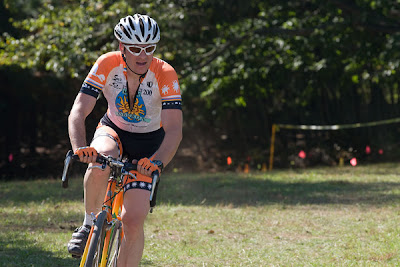 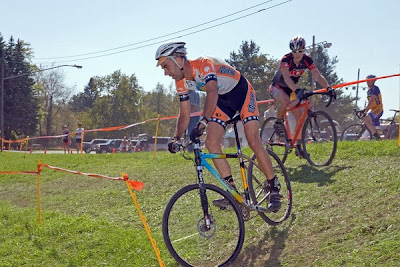 Race Report by John Meyers:
CycloCross racing is in full swing on the west side of the state. Scott "Q" Quiring and John Meyers returned to the cyclocross action at the second stop of the Kisscross race series at branston park, fremont, mi. Scott broke out his cross bike to give things a whirl. He stated that he has been training a little and has not done any intervals yet? Scott finished 4th. overall in the "A" race and his teammate John finished 5th overall. The race was fast with the long section of asphalt leading into the start finish. Team Bissell controlled the race from the gun with Scott and John in the mix from the 3 second count down start. Scott was able to hang with young Bissell pro's for the first 5 laps of the 8 lap race. He easily rolled in for fourth place. John had a couple crashes....not use to the cx tires (just put them on that morning) and used the race as his first cx ride of the year and finished a strong 5th. ahead of a Bissell teammate.
Results -> http://www.kisscross.com/results/2008/fremont_092708.htm 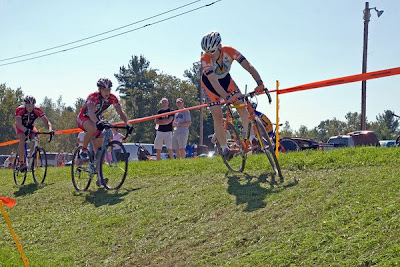 Posted by Quiring MTB Team at 6:50 AM

This post put a big smile on my face--"I am back". I am so happy to see Scott riding again.