for 2010 we have a new Sponsor, the Bells Brewery/Quiring Cycles Professional MTB Team will now be POWERED BY SRAM.

We also have added 2 new teammates for the 2010 season:


Steve the fellow in the middle has been working his arse off and getting faster every week. He had some great podiums last year in MI and finished 13th at Iceman in 2009. 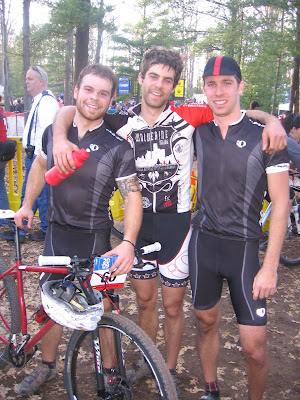 Sue Stephens has been putting it down in MI for the last few seasons, making the drive over from near Windsor Canada. Sue finished 2nd at the 2008 Iceman while controlling the podiums here in MI and has had great finishes in the Canadian cup. Check her blog out for more insight into this crazy racer mom from Canada.... 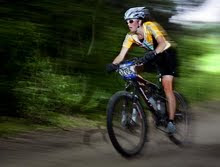 We look forward to our continued sponsorships with BELLS BREWERY, QUIRING CYCLES, STANS NO TUBES, GEAX TIRES, LOUIS GARNEAU and OAKLEY EYEWEAR.
Posted by Quiring MTB Team at 9:19 AM

Nope.
No more Joberon.
As you noticed he has left the official team roster for 2010.
Of course he'll always be part of our 'team' though.
We wish him the very best!

wtf. when are you going to pick me

Stewy, that PRO road contract you have kinda makes it hard to add you to the team.......No DBL dipping round here ! We love the same still!