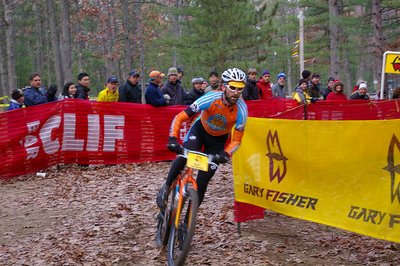 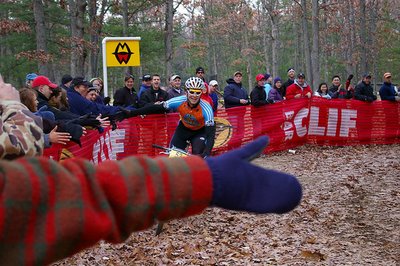 Mike Simonson coming in for the Win !!!!!!!!!
photo b y Bryan Mitchell 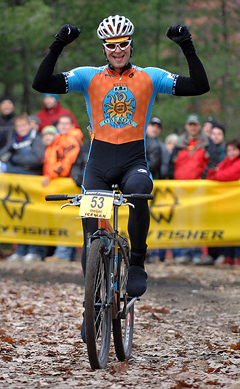 Mike Simonson wins the 17th running of the Iceman Cometh MTB race. The final stop in the Midwests Triple Crown point to point races. Mike won 2 of the 3 events this year, missing out on the hat trick. John Meyers won his age group, Jason Lummis 9th Pro/semi and Joberon 24th pro/. The team would like to thank BELLS BREWERY for another great season and a Awsome Sunset on the Season Party at the Union St. Scott Quiring of Quirng Cycles for His awsome support (Brad Emmett won the Qball frame and fork). Oakley eyewear kept the eyes open and clean at every event. Adidas cycling for keeping our feet in the best shoes available.

Posted by Quiring MTB Team at 4:34 AM

Congrats on a great race and a fantastic season!!!

John, Mike, Jason, Joe, and Scott- you guys kick ass. You are all an inspiration to me. Keep those big wheels rollin'