John Meyers race report below:
brief report from the west side.

I raced in another fast west side cyclocross race this past Sunday. The "A" race had about 16 riders roll off and on too a much more technical course than the previous Fremont race. I thought things were going great in the first lap having got away with the Howard Bro.'s for the first half a lap until the ill effects of not having pre-ridden the course allowed two gaps to form. At the water crossing and the grassy/muddy off camber section. So once again the balance of the 7 lap race was all about chasing the Bissel team. At the end of lap four my 24hr.national champion teammate Nate bridged up to me after I was having more difficulty clipping in after the water crossing / mud in cleats? I found out later that riding around was the faster option! Laps 4 - 7 were just as fast as the first three with Nate setting a strong tempo with his single speed pre-iceman gearing set-up. Thanks Nate! Look out iceman single speeders "The Farmer" is on great form and will be plowing everyone under on November 8th. 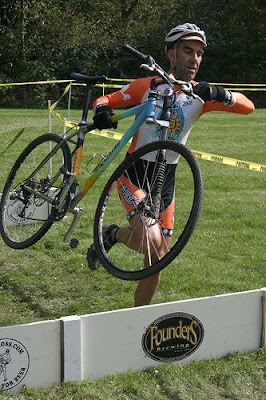 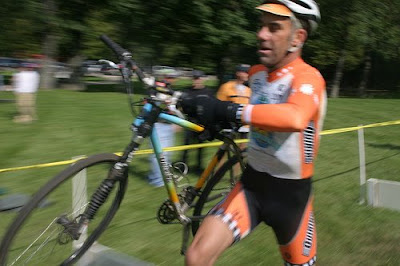 Posted by Quiring MTB Team at 8:42 AM